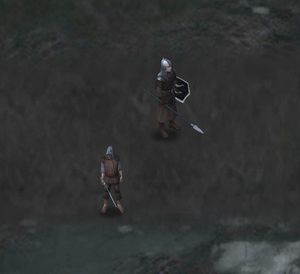 Carl the dragon salyer and Kripp 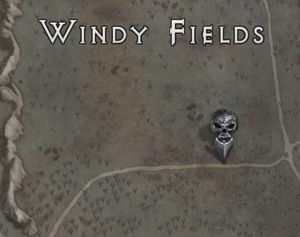 Location of Carl the dragon slayer

This quest begins by talking to Carl the Dragon Slayer and his companion Kripp. You can find them on the road south to Windy Fields, when you approach Ironhold.

Carl claims he is mighty slayer of dragons, however Kripp points out that he only kills dragonlings, not real dragons. Kripp seems to be annoyed by Carl's self-conceit and asks you to beat his record of 15 slayed dragonlings.

- Talk to Carl the dragon slayer and Kripp to begin the quest.

You can increase dragonlings encounter ratio by activating the Greed Might.