As part of the Unified Community Platform project, this wiki and 38 others will be migrated to the new platform in the next few weeks. Minimal changes are expected as part of this migration. Read more here.

(As of patch v1.6.182, gold is no longer used as a currency to purchase Bloodstones from the Forge menu.)

Bloodstones are precious currency as it is mostly used for equipment upgrades.

Bloodstones can be obtained via various ways as follow:

(As of patch v1.6.182, Bloodstones no longer purchasable with gold from the Forge menu.)

Aside from being the currency requirement to enter Dungeons, Bloodstones are mainly spent on improving your equipment, namely "forging". There are two forging features : upgrading an item and augmenting its rarity. 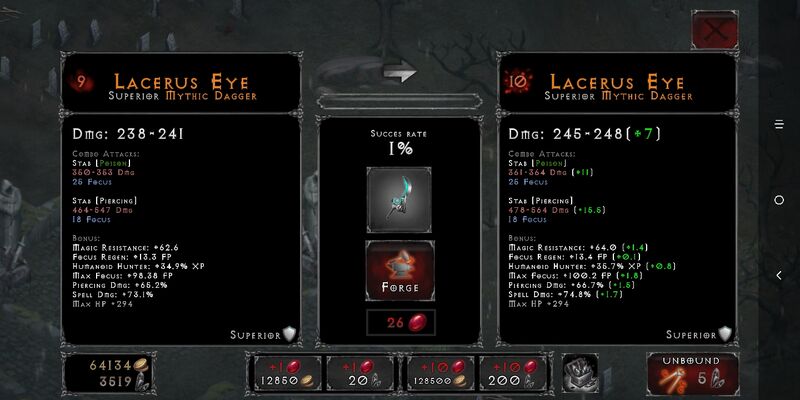 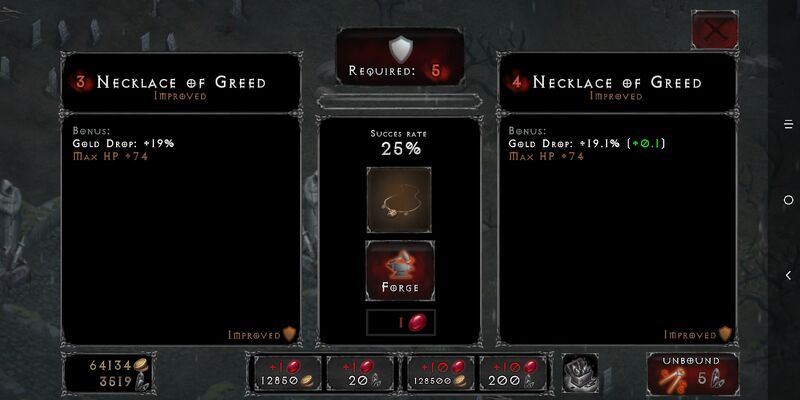